Kaiba returns to Duelist Kingdom for a showdown against Pegasus! Wielding his newest whacked-out Toon terrors, Pegasus is ready to repeat his previous victory against Kaiba! Will Kaiba discover the secret behind Pegasus’s strategies before he loses his soul, just like he did on his first trip to Duelist Kingdom? 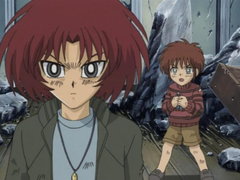 Not only does Alister’s mighty fiend gain attack points for every fiery monster on the field, but it can also take control of Kaiba’s monsters! With Alister’s army growing while Kaiba’s squad whittles into nothing, will Alister get his seething revenge, or will Kaiba be recognized as a true duelist and get aid from the monster domain?